Christ, Our Defense in Times of Storm

We have tested, and we have tried Him, and we have proved Him, and we do know his promises are true; therefore we shall not be moved by the pressure of exterior things, but shall continue to do as David said, “I will lift up mine eyes unto the hills, from whence cometh my help.”* (Psalm 121:1) 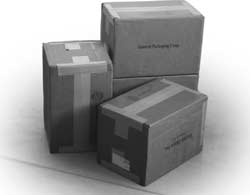 In the early part of 1948, kind brethren in the States got together large quantities of clothing, both new and used, and bedding and other household things, and toys and school supplies. They packed seven large packing cases, and shipped them to Havana, Cuba, for us to use for the boys and girls in the Childrens’ Homes; and also for distribution among poor workers and other brethren out in the different Mission Stations.

How we did rejoice when we got this good news. Rapidly all arrangements were made to meet the requirements for lifting these boxes of useful things from the Customs House. We were informed that the charges would be around $40, and we felt this was reasonable, and at the appointed time some of the workers took this money to the Customs House, expecting to bring the things out without further trouble. But we were sadly disappointed, as they then informed us that we would have to wait two days more, and pay something over $60. We knew this was too much, but feeling there was no way out of it, in sacrifice we got this additional money together. The brethren took it and went back to the Customs House at the appointed time. But our troubles with the Customs officers had begun. At one time they told us that the things were going to cost us over $300. We just could not pay this, and kept trying to work on this problem, but the more we worked the more decided these men were against us. At last they told us the things were so dirty and so infected that they could not let them out for any price, but would have to burn them. We still prayed on—trusting God to overrule in some way. Another time they informed us that we could have them out for $700. We were so shocked at this news that our hearts almost sank—but we kept saying God’s Word just could not be broken, and that He had promised to let us triumph over our enemies.

At this time I had to go to the States to attend some camp meetings, and left Cuba with this great burden still hanging over me. While in the Burnside, Pennsylvania camp meeting, I requested special prayer that God would lay His hand on this thing, and let us have what had been sent for the good of His work in Cuba. How well I do remember that season of prayer. Several took this matter right on their hearts, and when dear Sister J. D. Harmon from Oklahoma prayed, she definitely asked God to take right hold of this thing, and give us those boxes without having to pay anything for them. This seemed like asking almost too much, but does not the Word say, “Ask, and ye shall receive, that your joy may be full.”* (John 16:24) This is what Sister Harmon did, and God answered in just that way. Praise His dear name forever. God worked in a mighty way from that day.

Soon after that Brother Horacio Morales, one of our workers in Cuba, was speaking with a man whom he had accidently met, about these boxes and the trouble we were having. The stranger listened attentively, and then said, “You have spoken to the right man—for I am the defense officer.” He asked for the papers to be taken to him, and at once he took hold of the case. In three weeks he sent word for Brother Morales and I to be ready the next morning, as he was taking us down with him; and that we were going to get the boxes out that day. What a night of rejoicing we did have. The next morning he came early and took us in his car. When we were near the Customs House he stopped at a Military Post and asked that a truck be sent right over to the Customs House with us. His order was obeyed, and we soon arrived there. The gentleman entered the building, taking some policemen with him, and walked in where the boxes were, putting a mark on each one, and asking the policemen to carry them out and put them on the military truck waiting outside. They obeyed and in a few moments we were on our way home, knowing the boxes were also on their way there. God had stepped in and answered prayer, just as it had been presented before Him.

The boxes were delivered in good condition, and we did not have to pay even for the truck to bring them out to the Childrens’ Home. Praise our God forever and forever. And the report that the things were in such a bad condition was false, for we never had received a shipment of such splendid things. Brethren, why is it so hard for us to trust the Living God for the things we need, and which He has promised to do for us? May God increase our faith, and help us to so live that He can be honored in bringing us the very desires of our hearts (Psalm 37:4).

As we unpacked and divided out the things for the children in the two Homes and also repacked boxes for the different Mission Stations, our hearts overflowed, and we adored and worshiped Our Blessed Lord and Master. Let us love Him more, serve Him better, and trust Him fully for all things.