Letter to a Little Princess

Remember Princess Precious’ bad encounter with Spiteful? Did you think of how a charity catapult might work? Well, let me tell you what happened the next time Precious went down the lane, for that day Valiant came along, too. And, of course, he brought the charity catapult.

“How does it work?” Precious asked, swinging her basket. 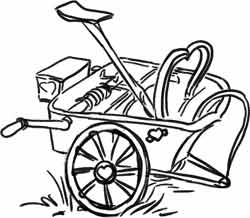 Valiant pulled the golden machine along the lane and grinned. “Wait and see.”

Mother Matron had told them they could collect Miner’s Lettuce for a salad, and the wild plant grew thick on the edge of the woods. While Valiant tried to keep the catapult right-side up, Precious picked the soft green leaves. “That is where Spiteful was last time,” she said, as they passed the bramble bushes.

“Doesn’t look like a very friendly spot,” Valiant said, thoughtfully. He opened up a box on the back of the catapult and looked inside.

“What are you looking for?” Precious said, peering over his shoulder. The box was filled with different colored packages with strings attached.

“This should work!” Valiant pulled out a bright green bundle with a little tag that said: Freely Give. “Did you bring along your trinket collection like King Jesus said?” he asked.

“Yes,” Precious said slowly. “What am I supposed to do with it?”

“Well, it works like this,” Valiant said, untying the green bundle to show a small silver case inside. “You will put a little gift in the case, and then we will catapult it over to Spiteful. This package is really a little parachute.” He pulled back a lever on the catapult and laid the parachute on a golden tray. “See?”

“I see,” said Precious. What should she give dirty little Spiteful? She reached into her apron pocket and felt the hard peppermint stick that she had been given yesterday. It was her reward for cleaning up quickly. Precious loved peppermint. But Spiteful probably never had any treats. Quickly she put the candy in the silver case and closed the lid.

“Ready?” Valiant asked. Precious nodded her head. Together they wound up the spring and set the trigger. “Now, we just need to watch for Spiteful,” Valiant whispered.

About ten minutes later a dark figure appeared from across the field on the other side of the brambles. He swung a club and looked at the ground. “That’s him,” whispered Precious. Her heart beat fast as Valiant aimed the catapult arm and released the trigger. A loud POP broke the quiet and high above the field a bright green balloon appeared.

Spiteful had looked up, startled at the sound, but didn’t see the children at the edge of the woods. When the parachute drifted down, he dropped his club and raced to catch it. Precious held her breath as he grabbed the silver case. He stuffed it into his pocket and looking around.

“He sees us now,” Valiant whispered. Sure enough, Spiteful was coming straight for them. At the edge of the brambles he stopped and stared at the catapult.

“A catapult. It shoots parachutes like that green one you have,” said Valiant with a grin. Spiteful didn’t seem to believe him. He looked over at Precious and then frowned.

Suddenly Precious knew what she must do. “Spiteful, did you open the case?” she asked, stepping toward him with a smile. “Do you like peppermint candy? I do, and I thought you might.”

“Candy?” Spiteful looked surprised. He pulled the silver case out of his pocket and turned it over in his dirty hands. “How do you know it’s candy?” 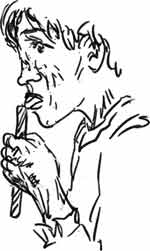 “Open it like this, see?” Precious said, unsnapping the case. The peppermint stick rolled out and Spiteful grabbed it. “It’s for you. I hope you like it,” Precious said quietly.

The boy’s pink tongue touched the end of the stick and then disappeared. He didn’t smile or say “thank you,” but his dark eyes shone. Abruptly he turned and dashed off across the field, the green parachute flapping along behind. Precious thought she had seen tears on his cheeks, but she wasn’t quite sure. One thing she knew was that little Spiteful wasn’t her enemy any more.

With much love,
Aunt Faith 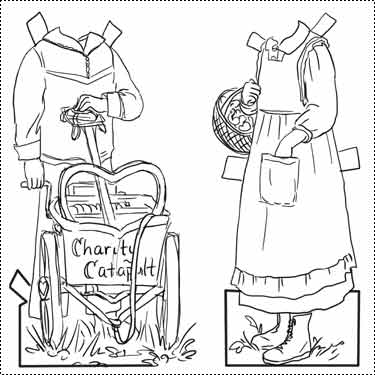